The notes on this page relate to the history of the Leicester Rationalist Trust, which was first set up in 1907 and took ownership of Secular Hall in 1923. The Trust was apparently separated from Leicester Secular Society for legal reasons that are not entirely clear. Possibly it was to prevent sequestration of the Hall in the case of a prosecution against the Society. The committee is grateful to Mr Rupert Halfhide the principal Trustee, for making the documents described below available for study. Further research is needed. The image on the left is of the folder cover on the Deed of Trust issued on 1 August 1907 for the formation of the Leicester Rationalist Trust. The following is the text of the document. The items in square brackets represent marginal notes. The italics represent hand-written entries on the otherwise printed form.

To all to whom these presents shall come

[The Names Addresses and Occupations of Trustees will be inserted here]

[The exact sum in hand will be stated here]

send greeting WHEREAS the sum of £270 - 0 - 0 is now in our possession which has been contributed by ourselves and other persons members of or interested in the Leicester Secular Society for the purposes of establishing a "Leicester Rationalist Trust" as hereinafter mentioned NOW IT IS HEREBY AGREED AND DECLARED that we the said J. M. Robertson, W. H. Scott, T. Wright, S. A. Gimson, W. Wilber and the survivors or survivor of them and the executors or administrators of such survivor or other the trustees or trustee for the time being of this deed (all of whom are hereinafter referred to as "the trustees") shall stand possessed of the said sum of £270 - 0 - 0 and of any other moneys or property which may at any time hereafter come into the possession of the Trustees as contributions from any persons or otherwise (all of which moneys and property are hereinafter referred to as "the Trust Fund") upon the trusts and for the intents and purposes and with and subject to the powers and provisions following namely:—

1.—The Trustees shall invest the trust fund in Ordinary or Preference Shares or debentures of the Leicester Secular Hall Company Limited or in any stocks funds or securities authorised by law for the investment of trust funds or in any stocks funds or securities or other investments of whatever nature and wheresoever as the trustees shall in their absolute and uncontrolled dsicretion think fit and the trustees shall have absolute power to vary any such investments from time to time and shall in no case be responsible for any loss occasioned by any investment.

2.—The Trustees shall apply the income of the trust fund for the purpose of promoting the spread of Secularism or rationalism* including the hiring and maintenance of a hall or Temperance Club or other building for such purpose.

Note * The Exposition of the principles of Secularism & Rationalism given on p 1 to 6 of the Principles, Rules & regulations of the Leicester Secular Society dated October 1902 (which are appended to this deed) will serve as a guide to the trustees.

3.—So long as in the opinion of the Trustees the Leicester Secular Society is fulfilling the purpose aforesaid the Trustees shall pay to the said Society the whole of the income of the Trust fund.

4.—If the Leicester Secular Society shall cease to exist or shall in the opinion of the Trustees cease to fulfil satisfactorily the purpose aforesaid then and in such event the Trustees (unless and until the power given by the next clause shall be exercised) may pay the income of the Trust fund or such part thereof as they shall think fit to some other Society or Institution either in Leicester or elsewhere which in their opinion is satisfactorily fulfilling the purpose aforesaid.

5.—If the Leicester Secular Society shall cease to exist or shall in the opinion of the Trustees cease to fulfil satisfactorily the purpose aforesaid the Trustees may if in their opinion it is expedient to do so pay over and transfer the whole of the capital of the Trust Fund under this Deed to some Society or Institution which shall then in their opinion be satisfactorily fulfilling the purpose aforesaid and in the event of this power being exercised the Trusts created by this Deed shall cease an d determine.

6.—The Trustees shall meet at least once in every year and three shall form a quorum. Any Trustee may at any time summon a Meeting of the Trustees. A majority of the Trustees present at any meeting may exercise any of the powers by this Deed or by any statute made exercisable by the Trustees provided that not less than four clear days prior written notice of such meeting has been given to all the Trustees stating generally the object of the meeting and sent by post to their last known place of abode in England or delivered to them personally.

7.—The power of appointing new Trustees conferred by statute shall for the purposes of this Deed be vested in the surviving or continuing Trustees or Trustee for the time being or a majority of such trustees or the personal representatives of the last surviving or continuing trustee. The number of Trustees may at any time be increased by the appointment by the existing Trustees of an additional Trustee or Trustees and the number of trustees shall at all times be maintained at not less than three Trustees.

IN WITNESS whereof we have herunto set our hands and seals

There is a gap where signatures would be, indicating this is a copy of a draft of the deed and not the final version. The following notes, in two different handwritings, are added at the end.

The original of this deed is in custody of Messrs Owston, Dickinson Simpson & Bigg of Friar Lane Leicester.

1951. It is stated on the Title Deeds that the original Trust deed mentioned above is now lodged in the Central Office of the Supreme Court.

Two other documents provided by Mr Halfhide are more recent, dated 11 January 2000. They have the heading: DEED OF APPOINTMENT AND RETIREMENT OF TRUSTEES and they relate to the retirement of Mrs Louise Croxtall from the Trusteeship, the continuation of Rupert Halfhide as a Trustee, and the appointment of Frederick S. Lee and Nicholas John Manley as new Trustees. The first document has the subheading: relating to The Leicester Rationalist Trust and the second: relating to The Leicester Secular Hall

The first document states that it is supplemental to the Trust Deed reproduced above, and to six previous Deeds of Appointment, dated 20 January 1923, 18 December 1951, 11 May 1966, 13 October 1977, 23 January 1986, 15 September 1989. From these (provided I have interpreted the legalistic terminology aright) and some other information I deduce the following sequence of appointments and retirements of Trustees:

Purchase of the Hall

At a General Meeting of Leicester Secular Society in 1923 to consider the purchase of Secular Hall, this document with the following wording was circulated:

WHAT IS THE
"LEICESTER RATIONALIST TRUST"

It is a Trust, founded on August 1st, 1907, holding at the present time 57 £5 Shares in The Leicester Secular Hall Co. Ltd., and with power to hold "any other moneys or property which may at any time come into the hands of the Trustees" for use in the following ways:

1. The Trustees may invest the funds in their possession in any investments as they "in their absolute and uncontrolled discretion think fit."

2. The Trustees shall apply the income of the Trust fund for the purpose of promoting the spread of Secularism or Rationalism, including the hiring and maintenance of a Hall or Temperance Club or other building for such purpose.

NOTE—The Exposition of the principles of Secularism and Rationalism given on pages 1—6, of the Principles, Rules and Regulations of the Leicester Secular Society, dated October, 1902, will serve as a guide to the Trustees.

3. So long as the Leicester Secular Society is doing good Secularist work the Trustees must pay to that society the whole of the income which they receive.

It should he noted that no Trustee can personally benefit through his connection with the Trust. If any of the property was converted to the personal use of any of the Trustees they would be liable to prosecution.

The Trust Deeds are in the custody of Messrs. Owston, Dickinson, Simpson and Bigg, of 23 Friar Lane, Leicester.

Trustees are appointed for life. Surviving Trustees can appoint new ones to take the place of those who have died or resigned.

Subscriptions to the fund will he gladly received by any of the above, and can he addressed to them at the Secular Hall, 75 Humberstone Gate, Leicester. 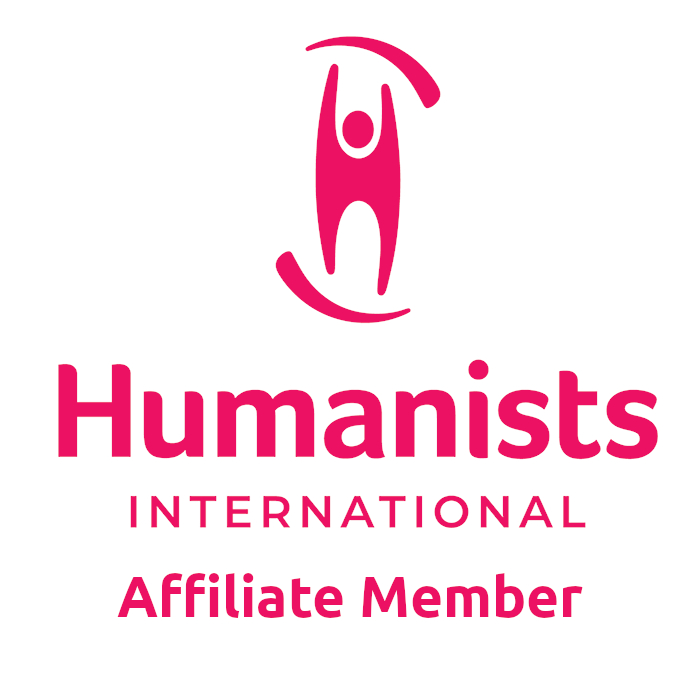